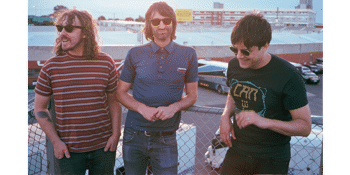 With their swirling, hypnotic sound, Buried Feather have built a loyal international following - with psych legends The Black Angels (USA) and Electric Wizard (UK) among those singing the band's praises.

Buried Feather will play a run of dates through June & July, including a special show at Mojos in Fremantle with support from Mt Mountain.