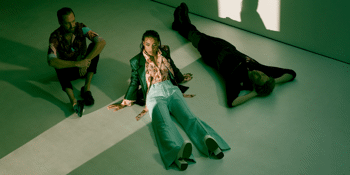 2022 has shown the first of Telenova’s upcoming more complex body of work Stained Glass Love EP, with first single ‘Why Do I Keep You?’ and its artistically rich self-directed video by lead singer Angeline Armstrong; and 'Haunted' a hypnotic tale of addiction with echoes of Northern Soul amidst dark dub all draped in dramatic synth strings.

To celebrate the EP announcement and new single, the band has shared a run of EP tour dates that includes debut shows in New Zealand.