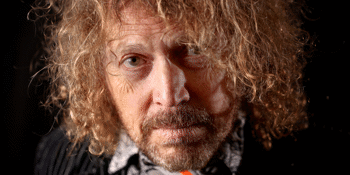 Mojo's Bar (North Fremantle, WA)
Friday, 29 April 2022 7:30 pm
98 days away
18 Plus
Rock
Grunge
Indie
Alternative
Send this event to
Kim Salmon has his share of ghosts lurking within his career.

They all managed to have their life story intersect Kim’s and those intersections have created a significant effect on Kim’s story.

Haunted Grooves is Kim’s telling of some of the stories left to him by people he’s collaborated with who are no longer around to tell them.

With long time collaborator Doug Gabraith and a Boss RC 1 loop pedal, Kim will resurrect some of those no longer lost, but still very much haunted grooves!