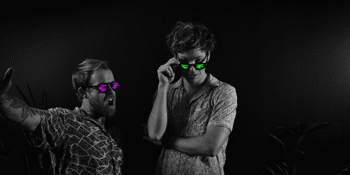 Mojo's Bar (North Fremantle, WA)
Sunday, 24 January 2021 5:00 PM
3 days away
18 Plus
Hip Hop
Acoustic
Music
Send this event to
Margaret River locals Salt Tree have come back together after 3 years of working on their solo projects. Nath and Tom combine vocal harmonies, guitar, and live beats. Despite being polar opposites in personality, there is a unique chemistry between them which can especially be heard in their music.
ASKYA is a singer, songwriter, and producer from Southwest WA. He has spent the past few years living between Switzerland and his hometown of Margaret River, teaching himself music production. He has amassed millions of streams on Spotify, including his latest single "Caught in the Sun". ASKYA was selected by Triple J to play at The Drop Festival 2019, sharing the stage with Angus and Julia Stone among other artists. He has played a string of sold-out shows across Australia and New Zealand and is an emerging artist to watch. Nathan Parsons is a singer/songwriter who grew up on the East Coast of Australia before moving to the small surf town of Margaret River. Living for the pursuit of the ocean and the snow, his passion for music has always been the common thread between them. Having recently been living in Innsbruck, Austria working with label Aton Studio, he has been developing a unique sound combining his background of acoustic folk music also with a new project with the influence of underground hip hop.
Nath and Tom will be throwing down a DJ set to close the night. Big vibe and a good time.